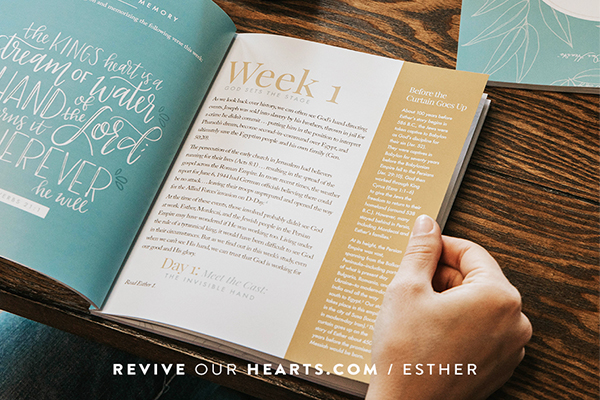 The Old Testament book of Esther makes no reference to God, but the entire story bears the unmistakable imprint of His ways. Your faith will be strengthened as you see how God intervened to deliver His people from annihilation. God still masterfully orchestrates and weaves together every detail of our lives and this universe in jaw-dropping ways. Nothing and no one can thwart His plan! In this six-lesson study, explore the subject of God’s providence, walking verse by verse through the book of Esther. from reviveourhearts.com

Childcare provided on location for participants at this location.