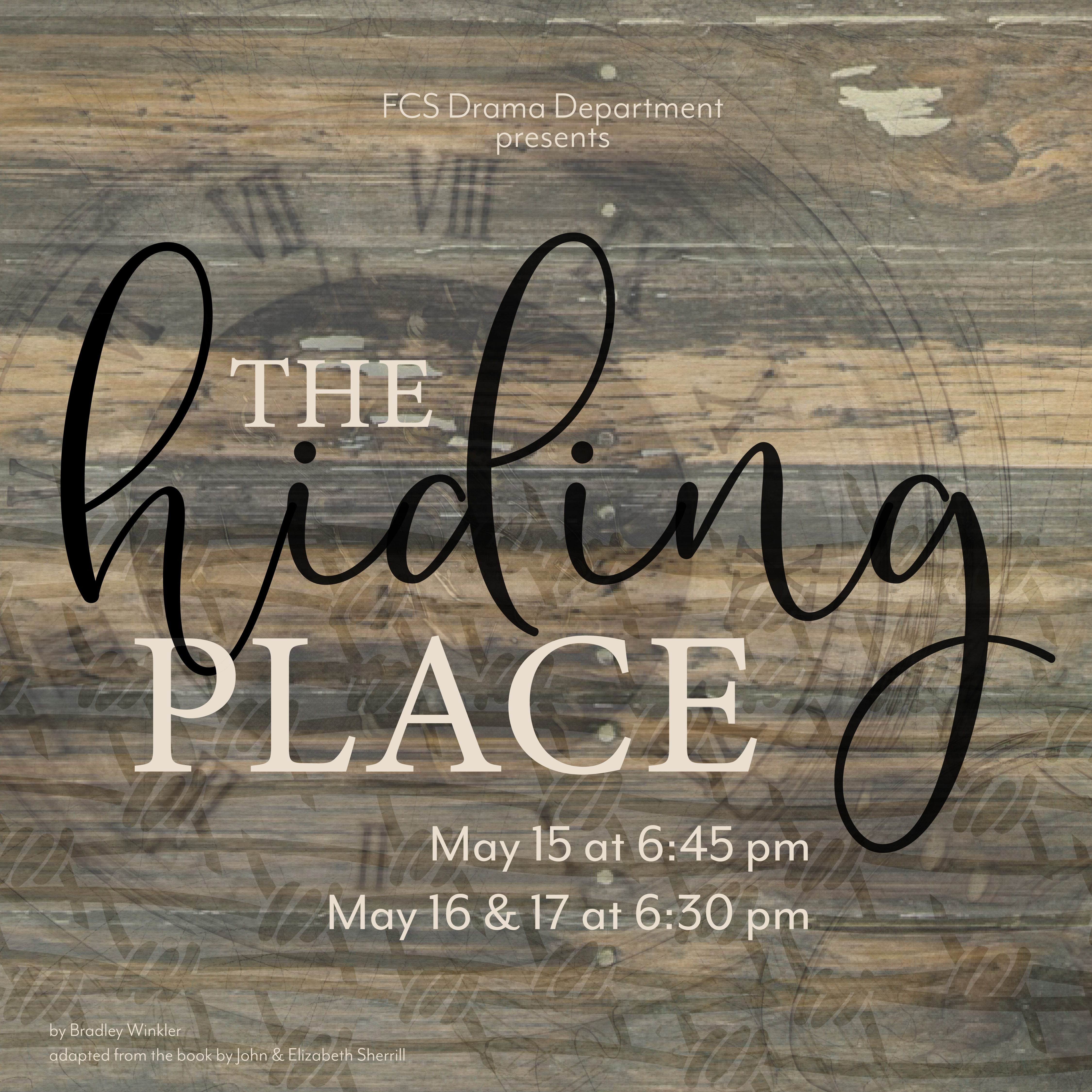 God’s love and forgiveness are two themes that encompass the lives of Corrie ten Boom and her family. Corrie was a Dutch watchmaker who lived with her father and sister, Betsie. When the Germans invaded Holland during the Holocaust and began arresting Jews, Corrie’s family knew that God wanted them to serve Him by helping these Jews hide and escape. So, their modest watch business became one of the central hubs for the Underground. “The Hiding Place” is the riveting account of how Corrie and her family were able to save so many and pursue God during one of the most horrendous times in history. Come witness these historic events as they are told by the actors of Friendship Christian School.