The True Meaning of Christmas: A Friendship Kids Review

It’s that time of year again! The big day is quickly approaching while the stress to be prepared is beginning to mount. Some are spending the weekends making sure they don’t forget anything, while others are procrastinating until the very last minute. Some will argue that this season is about being together, but the truly successful are the ones who make it all about themselves! It’s time for the annual reminder that you better watch out, you better not cry, you better not pout, I’m telling you why… It’s time for MIDTERM EXAMS!!

Although many of us are gladly busy preparing for Christmas instead of needing to review, I didn’t want anyone to miss out on the fun that students are having! Charlie Brown once asked, “Isn’t there anyone who knows what Christmas is all about?!” If Linus would not have answered Charlie, perhaps one of our Friendship Kids could have, because after reviewing some of what they have learned these last few months, I think you will be reminded of the glory of the true meaning of Christmas.

God created people in His own image and provides for everything He made. People are special because God made people to live forever in a relationship with Him. Through His Son, Jesus, we can have eternal life with God just as He planned. 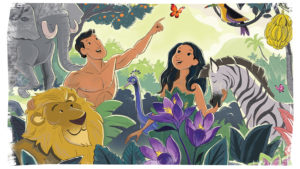 Ever since Adam and Eve sinned, all people have been sinners. Our sin separates us from God, but God still loves us. God promised a Rescuer would come from Eve’s family. God sent His Son, Jesus, to rescue people from sin and bring them back to God. 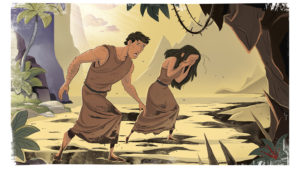 Noah and the Ark

God rescued Noah and his family from the flood. The story of Noah points ahead to a greater rescue. God’s Son, Jesus – the only perfectly righteous One – came to take the punishment for our sin. By trusting in Him, we are saved from the punishment our sin deserves. 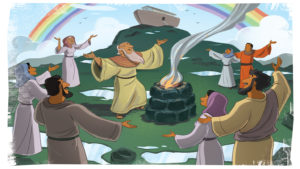 God promised to bless all the world through Abraham. God sent Jesus from His home in Heaven to be born into Abraham’s family. Through Jesus, all the nations of the earth are blessed because Jesus saves people from their sins. 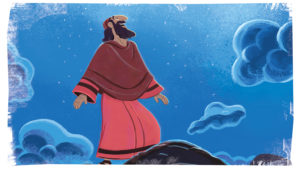 Abraham showed his love for God by being willing to sacrifice his son Isaac. God provided a ram instead. This is how God showed His love for us: He sent His Son, Jesus, to die on the cross so that we could have eternal life through Him. 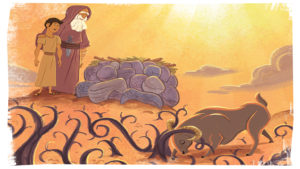 The promises for Abraham and Isaac also became the promises for Jacob. At Bethel, God showed that His plan was to continue the covenant through Jacob’s family and eventually a whole nation, leading to the birth of Jesus – the promised Savior. 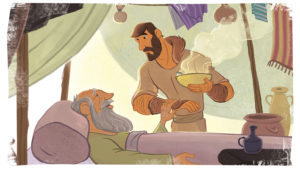 God had a plan for Joseph’s life. He allowed Joseph to suffer to rescue a whole nation. In a greater way, God planned for Jesus to suffer so that many – people from all nations – would be saved from sin. 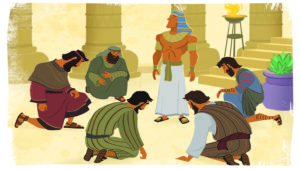 Moses Was Born and Called

God saved Moses’ life and called him to rescue God’s people from slavery. The calling of Moses points to a greater calling and rescue – the call of Jesus to come to Earth to save God’s people. Jesus gave up His life to save us from slavery to sin. 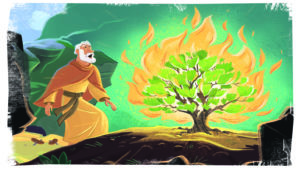 The True Meaning of Christmas

The true meaning of Christmas will come as no surprise to a Friendship Kid, because they have been anticipating the coming of the Rescuer since they learned about Adam and Eve’s sin! Their anticipation built as they learned that Noah’s Ark was a merciful picture of the One who would be the only door to salvation, and that God’s Covenant with Abraham was completely dependent on this coming Redeemer. The longing grew when they saw that Issac was spared because of God’s provision which foreshadowed the sacrifice of the One yet to come. It was sustained when they learned that Jacob inherited the family promise that this Messiah would come through His lineage. Their anticipation picked up steam when they learned that God could take Joseph’s suffering and turn it into good just as God would do with the ultimate suffering of the coming One. And most recently, their anticipation increased when they learned that Moses led God’s people from physical slavery but the greater Moses would lead men out of sin’s slavery. And now, we pause in our story to celebrate the moment when that promised Rescuer would finally arrive! 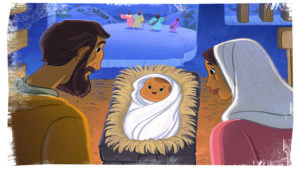 The birth of Jesus was great news! Jesus was not an ordinary baby. He was God’s Son, sent to Earth from Heaven. Jesus came into the world to bring peace between people and God. He came to save people from their sins and to be their King! This is the Christ connected to each of the Old Testament stories. With a better understanding of the darkness of the past and the anticipation building throughout the Old Testament, I trust that our and our kids’ affections for Jesus will overflow this Christmas season as we celebrate the birth of the only One who could bring us back to God.